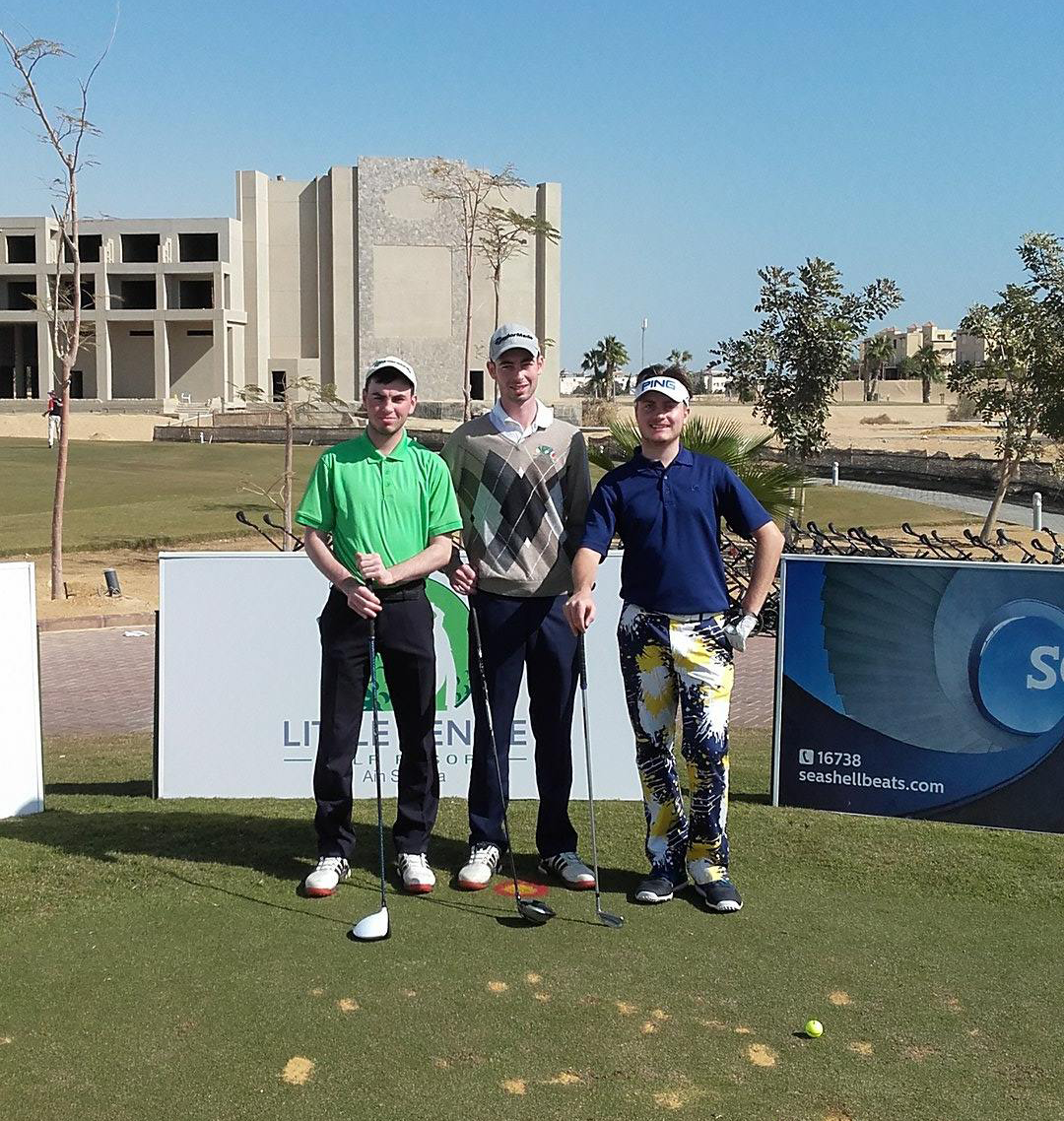 Tommy O’Driscoll makes his professional Golf Debut today on the Alps Tour at the Ein Bay open. Tommy tees it up on the very competitive development tour along with his good friend, David Carey who is going into his second year on tour. Indeed both players played under 16 and Junior international golf for Ireland and they are following their dreams in choosing to turn professional earlier than many others. Both have showed significant promise in their Junior careers and have taken this bold step forward.
For Tommy, today marks the first day as a professional tour player. A very likeable youngster, Tommy is quiet and likes to let his clubs do the talking. A former Ulster Boys champion and a leading points scores at boys interpros and home internationals, there is little doubt that had Tommy chosen to remain amateur that Senior Caps would soon follow. The decision to turn pro then could not have come easy but as the long term goal is to be a tour pro he has made the brave decision to follow his dreams and start to learn his trade. There are 17 events on alps tour 2016  and he has earned a full card at q school littered with full internationals failing to get through. Weather has restricted preparation but he had a great performance in the Andalucian open , ranked c in WAGR , finishing 5th. He shot 5 under in his last round as an amateur  and word is that his game is solid. The dream was to become a touring pro at 19 and progress through the ranks to full tour before he is 24 . The goal is top 30 this year in alps rankings, and hopefully to play in a challenge tour event. Tommy was member of Tralee and Kenmare, presently member of, Ring of Kerry, Killarney, Dooks, and Castlebar, will be representing the club where he learned to play , Golf Clementader on the Alps tour. Tommy will no doubt be disappointed with his opening 75 this morning however it is only day one of a long season which will build the foundations of a career in professional golf.
David Carey from Carton House is going into his second year on the tour. The former Under 15 Ulster boys champion took the plunge last year and has the benefit of having a full season as life as pro behind him going into the 2016 season. David finished 64th on the the 2015 Order of Merit and has a made a very promising start to the 2016 shooting a season opening 69 and at time of writing is lying tied third in the season opening  Ein Bay open.
As suggested earlier, these youngsters have made a brave decision forsaking all the glory a spell on National Amateur squads has to offer. They are pursuing their dreams in a very unforgiving and competitive sport. The long term goal for these lads along with highly vaunted ex Internationals is to make to a main tour. There is no saying which is the right or wrong route to take to get there. I suspect the cream will rise to the top whichever route is taken, however there is no doubt that the margins can be miniscule. All one has to do is look at Paul Dunne’s progress after getting through a play-off in stage two of q-school. He seems set to reap the rich rewards for the dedication and the commitment he made to improving. Talent is key and there is no doubting Tommy and David’s talent and I am sure all of our members at “The Noticeboard” wish them nothing but success. We will be watching proceedings with a lot of interest.
That’s it for today folks.
I’ll be back on Thursday chatting about this, that and the other.
Regards to all,
Joe