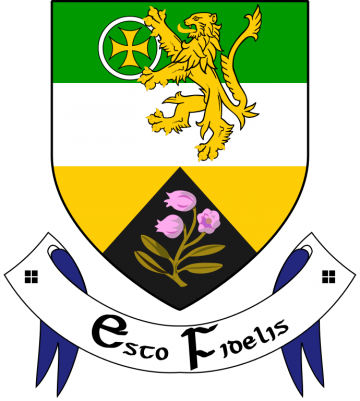 Lowry and Grehan in the hunt.

As the county yearns for the great GAA days of yesteryear, with little sign of any turnaround in sight, “the faithful” golfers are a beacon in an otherwise gloomy outlook. Stuart Grehan goes into the final round of today’s South African Amateur championship in the form of his life. Victories in last year’s East of Ireland and South of Ireland place him in rarified air. Multiple championship winners are thin on the ground and even less so in a calendar year. With all due respect to these two great old championship the field at the South African Amateur would be significantly stronger an a victory today would represent the biggest of his career. A 62 in round 2 which in turn included a front nine of 29 has helped Stuart play the first three rounds in -16. Follow all the action here – at the time of writing the lillywhites favourite son Jack Hume is on a charge.

Shane Lowry shot 64 yesterday for a joint lead at the Waste Management Pheonix Open Championship on the PGA Tour, Shane has never failed to step up to the mark when required. Steadily improving throughout his amateur career from a highly talented Junior golfer to Ireland’s leading amateur. Your’s truly played on the same team as him in the 2007 Home International where he won 6 points out of 6 playing Number 1. Tour players would struggle to match this feat. We are all well aware of his historic victory as an amateur at the same venue less than two years later. His victory at the Portuguese Open cemented his place with Europe elite and a World Championship victory last year with the Global elite. Shane has met every hurdle with aplomb and if he wins this week will rise to approximately number 12 in the World and all but guarantee his place at the Olympics and Ryder Cup. Who would back against him. I am sure all at “the noticeboard” wish you well.
It would be remiss of me not to mention the tradition of golf in Offaly. Growing up, Dinny White was our hero. A former East of Ireland winner and an immensely popular figure in the midlands. Richie Coughlan played Walker Cup and for two years on the PGA tour. Justin Kehoe had a highly successful amateur and competed on the challenge tour for several years culminating in a playing in the British Open at St. Andrews. Indeed Shane Lowry’s brother is the current holder of the pretigiuos Mullingar Scratch Cup, where his name sits beside all the greats of Irish Golf. We started off by lamenting the passing of the great GAA teams. It seems a little ironic to see one the leading lights in Irish golf, comes from a legendary family steeped in the Faithful’s GAA folklore.
See Shane’s interview here after shooting 64 last night for a share of the lead!