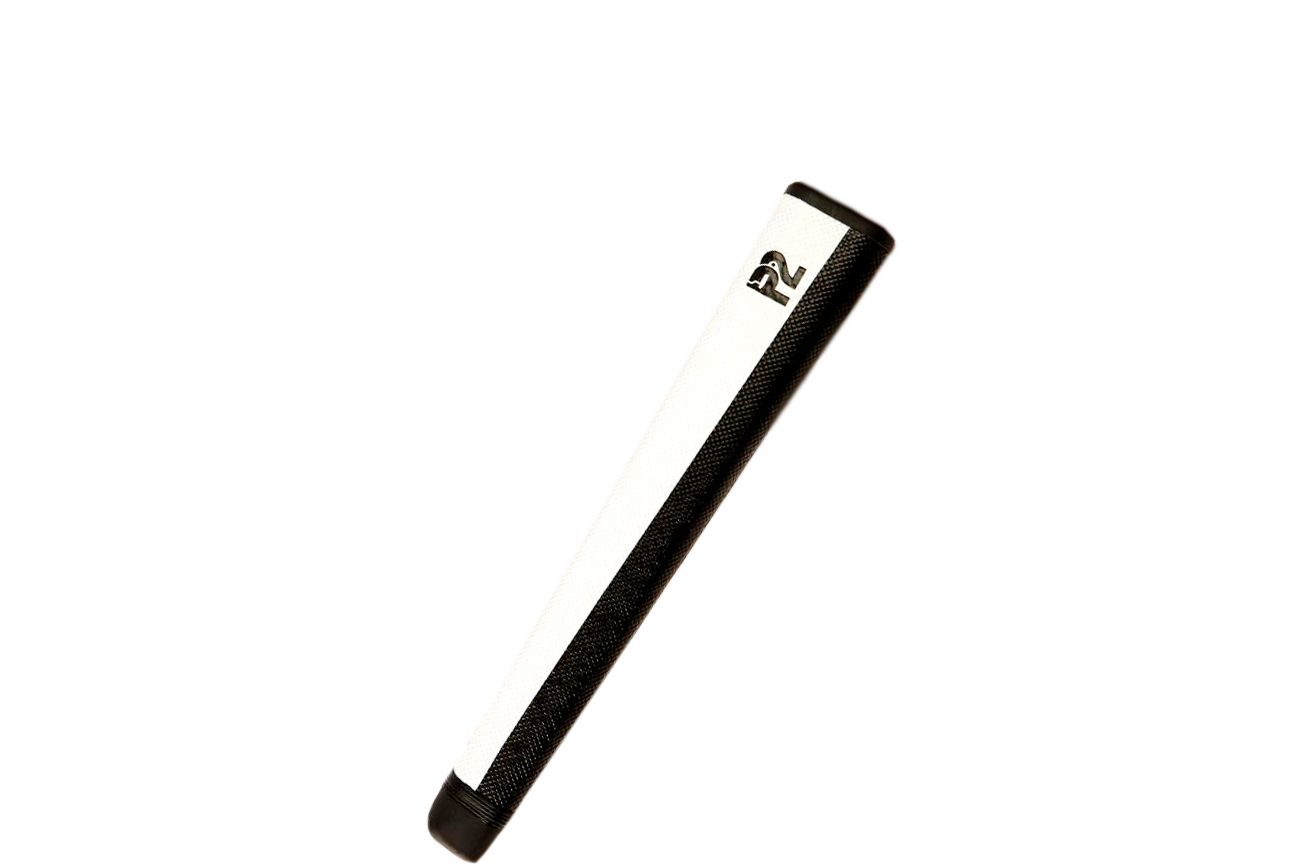 P2 Going from strength to strength.

P2 Putter Grips debuted at the 2016 PGA Merchandise Show in Orlando at the end of January to a great reception. The P2 grip is the brainchild of Irish PGA Professional Enda McLoughlin, and is something he has been working on for some time now. First released in Ireland back in 2012, the grip had some success with none other than Padraig Harrington using the grip for 5 months. However, due to the company effectively being a one- man band, a day job as pro at Wicklow Golf Club, and the arrival of a little boy in 2013, McLoughlin felt he had no choice but to shelve his idea temporarily.
Fast forward to January 2015 when McLoughlin had the good fortune of teaming up with his businesspartner, and retired businessman, Sushil Teji. Having spent over 35 years in the distribution and retail trade Sushil provided the experience and business knowledge that Enda felt he was missing. With a clear vision to bring smiles to the faces of golfers all over the world, and an understanding that one size doesn’t fit all, the P2 team set about developing a range of grips. They then took the bold decision to launch their company and its products at the world’s largest trade show the 2016 PGA Merchandise Show in the USA. This included 4 new models, Classic, Aware, React and Reflex each available in a range of stunning colours.
Building on the design features of the original P2, the Classic and the Aware maintain the trademark flat sides, ensuring the golfers hands can consistently be positioned on the grip square to the putter face.The Aware model is specifically sized for golfers wanting a similar size to a conventional grip, but withthe added bonus of the flat sides of the P2. The React and Reflex models cater for golfers who prefer alarger more oversized grip with a minimal taper from top to bottom. The sides of both of these modelshave a more rounded profile and the front section is wider and retains a flat face and trademark vertical line.
UNTIL NOW…
Most putter innovations have been focused on alignment aids, adjustable weights, insert materials andhead shapes.  In reality, most putting problems originate further up the club where unwanted wrist and hand movements cause the putter face to be presented to the ball in a less than efficient manner at impact. It’s quiet simple when you think about it, as golfers we are all spending money on expensive putters, but unless you can find a way to control what your hands, wrists and arms do throughout the stroke, the expensive putter will be no more use to you than an inexpensive putter. You simply must control what the putter face is doing in order to stroke a good putt. “So before you go out and spend €150+ on a new putter, why not just change the grip for €30!” says Enda.
“In our patented grips the shaft is housed off center, this increases the effective lie angle of the putter and positions the wrists higher at address, restricting their movement throughout the stroke and allowing the forearms to be aligned in perfect symmetry with the shaft of the putter, and allows the lead arm to feel like a continuation of the shaft of the putter”.
“Throughout the development we could see the clear benefits but decided to back it with some independent testing” said Enda. In early 2015 P2 Grips enrolled the services of Quintic Consultancy, who specialise in the biomechanical analysis of several sports. Dr. Paul Hurrion who spear heads Quintic Consultancy, is a European Tour putting coach and has a wide range of clients – from National Governing Bodies, Universities, Colleges of Higher Education, Elite Athletes (including current Olympic Champions and World Record Holders). Following the testing of the P2, results showed:
– Putts were struck closer to the sweetspot of the putter.
– A prevention of the putter face twisting open or closed at impact.
– A reduction of hook or slice spin on putts.
– Putts started closer to the intended starting line.
The weight of the grips may also be of interest, and may raise a few eyebrows at first. The Classic gripweighs in at 126g, Aware 95g, React 148g and the Reflex at 182g. Given the fact that most grips on themarket range between 65g – 105g, I asked Enda why the P2 range are so much heavier?
“Our grips are heavier for two reasons, both aimed at making you a better putter. Firstly, although theindustry standard for oversized grips is lighter in weight, the new phenomenon by grip manufacturers isto make a grip and then insert a 50g weight. Why not just make the grip heavier in the first place and cutout the need for the weighted insert? The second reason is down to something slightly more technical.
Golfers who putt well have a high level of fine motor skill. That simply means they have the neuro-muscular ability to move and control objects with their hands at slower speeds in a consistent, and very precise manner. For those who do not have fine motor control, by putting weight into the grip, the hands now feel that heavier weight and are better able to move the putter in a more consistent, repeating manner.”
On the second day of the PGA Show, The Golf Channel which broadcasts live, featured the P2 grip in their Morning Drive programme instantly providing exposure to millions across the world. Within 5 minutes of the feature finishing the P2 website crashed due to the sheer volume of traffic that hit it all at the same time! The good news was that the team back in Dublin had the site back up and running with minimal downtime.
Since their return for the U.S.A., Enda and Sushil have been busy speaking with distributors and retailers who can take this innovative product to the global golf equipment market. Having already penned a deal with a North American distributor, the next few months should very exciting.
For more information please visit p2grips.com or contact hello@p2grips.com